Fortunately stuff like this DOES NOT HAPPEN IN THE EASTERN CARIBBEAN . . . .

from the Cayman Islands — https://www.caymancompass.com/2016/01/26/billionaires-yacht-blamed-for-coral-reef-damage/ 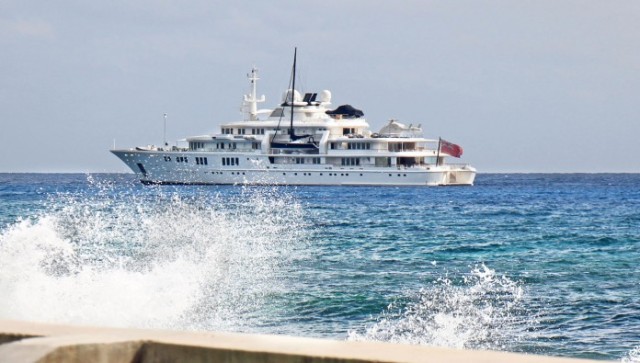 An area of around 13,000 square feet of coral reef habitat within a marine park was impacted by anchor damage from the mega-yacht Tatoosh, according to a survey by Department of Environment divers.

The DoE conducted an in-water survey of the damage last week and released its preliminary findings Friday.

“Initial figures place the damaged area at 1,200 square meters … with 80 percent of the coral within that area destroyed,” according to a statement from the department.

The estimate for the area impacted is around the same as that affected when an anchor and chain from the Carnival Magic cruise line struck a reef near George Town in 2014. It is not clear whether the level of coral density was on the same scale.

The DoE is still investigating the circumstances of the incident and is working on a full damage assessment report that will be completed this week.

A spokesman for Vulcan Inc., Mr. Allen’s communication’s team, said the crew is cooperating with the investigation.

“While moored in the Caymans in a position directed by the local Port Authority, the vessel Tatoosh shifted due to strong winds in the area that unintentionally pushed it closer to a marine reserve area.

“The vessel quickly relocated its position and the crew is cooperating fully with local authorities to ensure that no marine life in that area was inadvertently impacted.”

The yacht, which has an on-board helicopter, was still in Cayman’s waters Tuesday, moored close to Spotts Landing.