Nearly five months after Hurricanes Irma and Maria, medical services in the USVI are still in horrible shape, with 400 seriously ill patients receiving care in the mainland, and both major hospitals (in St. Thomas and St. Croix) unable to treat a large portion of those with chronic health problems or emergencies. From National Public Radio, Sunday, 4 February 2018.

In The U.S. Virgin Islands, Health Care Remains In A Critical State 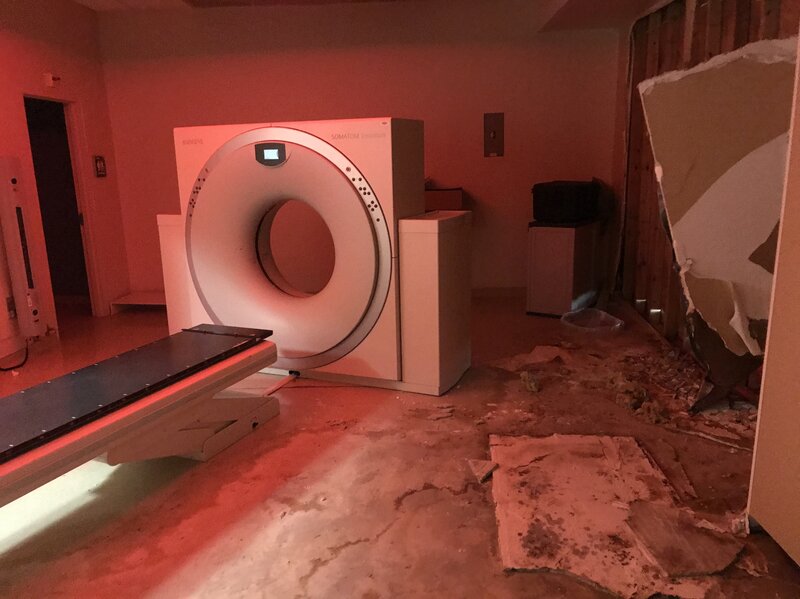 Patients seeking cancer treatment in the U.S. Virgin Islands must now go to the mainland. The Charlotte Kimelman Cancer Institute at Schneider Regional Medical Center on St. Thomas remains closed because of extensive damage to areas like the CAT scan suite.
Greg Allen/NPR

Health care in the U.S. Virgin Islands remains in a critical state, five months after Hurricane Irma and Hurricane Maria pummeled the region.

The only hospital on St. Thomas, the Schneider Regional Medical Center, serves some 55,000 residents between the islands of St. Thomas and St. John. Schneider’s facilities suffered major structural damage, forcing a decrease in its range of services, mass transfers of its patients, staff departures and significant losses in revenue. Only about one-third of the beds are currently available for patient care.

In early September, when Irma hit the Virgin Islands, most of Schneider’s staff members were on duty. At the height of the storm, a large window on the hospital’s top floor gave out. “You had winds of 175, 180 miles per hour whipping through here,” says the hospital’s Vice President Darryl Smalls.

The screws holding the window in place failed. The window itself, made from hurricane impact glass, remained intact. It’s here, leaning against a nursing station that’s now in shambles. Ceiling panels are gone, exposed pipes and ducts are damaged and sagging in places. A large plywood barrier covers the window opening.

When the window tore off, Smalls says the staff worked quickly to evacuate some 20 patients to a safer part of the hospital. They couldn’t use the elevator in the middle of the storm, so staff transported patients from the fourth floor to the third floor using the emergency stairwells. “We literally took the patients on the mattresses, slid them down the stairs, down to the third floor, across the building and up onto the other side,” Smalls says. “We have a surgical unit which was not compromised and capable of handling patient care.” 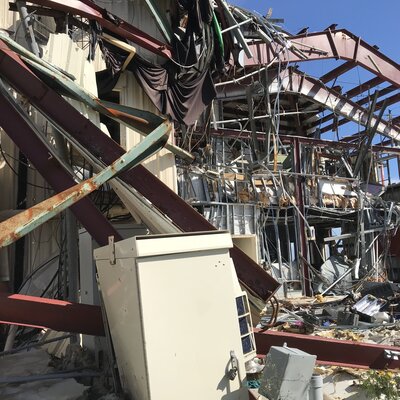 ‘So Many People Depend On Us’: The Virgin Islands Rebuild

Eventually, all of the patients who were at Schneider during the storm were evacuated off of the island. But even as staff dealt with a host of problems, the hospital remained open. In the emergency room, which flooded badly from a leaky roof, Smalls says, “You probably had about 3 to 4 inches of water on the floor in here. I had pumps. I think we probably had 50 people in here at any given time just trying to evacuate as much water out of the facility.”

Today, the hospital continues to provide surgery, labor and delivery care, radiology and lab services. But its cancer center, a $28 million facility, remains closed because of extensive storm damage. The hospital can now only provide limited services for patients requiring dialysis.

Without adequate medical services available, Schneider Regional CEO Bernard Wheatley says most patients who evacuated St. Thomas have not been able to return. “It’s over 400 that have been transferred off island,” Wheatley says. “And to this day, we’re still transferring some patients, especially the ones requiring extensive length of stay.” 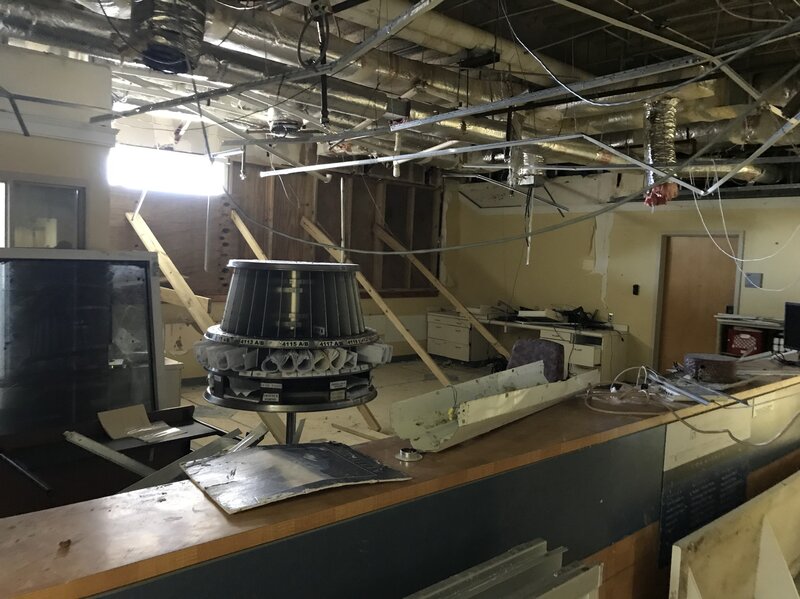 High winds blew out ceiling panels and damaged ducts and pipes at Schneider Regional Medical Center, the only hospital on St. Thomas, when a window on the hospital’s top floor blew out. Greg Allen/NPR

Along with the lack of facilities, another major problem is staffing. Wheatley says he’s lost 150 of the hospital’s 600 employees — many of whom left the island after the storms destroyed their homes. “The sad part of it, we’ve lost a lot of nurses,” he says. “If you ask me right now, what’s my key entity in terms of shortages, from a clinical standpoint it would be the nursing staff.”

Shanique Woods-Boschulte, who directs Schneider’s foundation says, “Every day we get one or two resignations.” After five months, Woods-Boschulte says, the daily struggle is wearing down many staff members. “The morale was really high after the storm because we saw what we were able to accomplish — no patients hurt,” she says. “But now things are trickling down and everyone is leaving a broken hospital and going home to a broken home.”

Adding to the woes, the hospital is in desperate financial straits. Revenues are half of what they were because there are far fewer patients. The government-supported hospital is projecting a $7 million loss.

With all the competing problems on the islands, CEO Bernard Wheatley says it’s not clear how much help the local government can provide. “The territory itself is projecting a $400 million loss,” he says. “They don’t have the hotel rooms, tourism is down. It’s just not the same island.”

The U.S. Virgin Islands is now looking to Congress to help decide what to do about its battered hospitals. The local government is in talks with FEMA and the Army Corps of Engineers to determine whether the hospitals can be rehabilitated, or if new facilities will be needed.