Chilean Wine in the Jan 8th edition of the Economist

Link to the on-line version of this article, but it may be behind a “pay wall” for non-subscribers. . . . <https://econ.st/3pXgMQV >

Label your libation with love 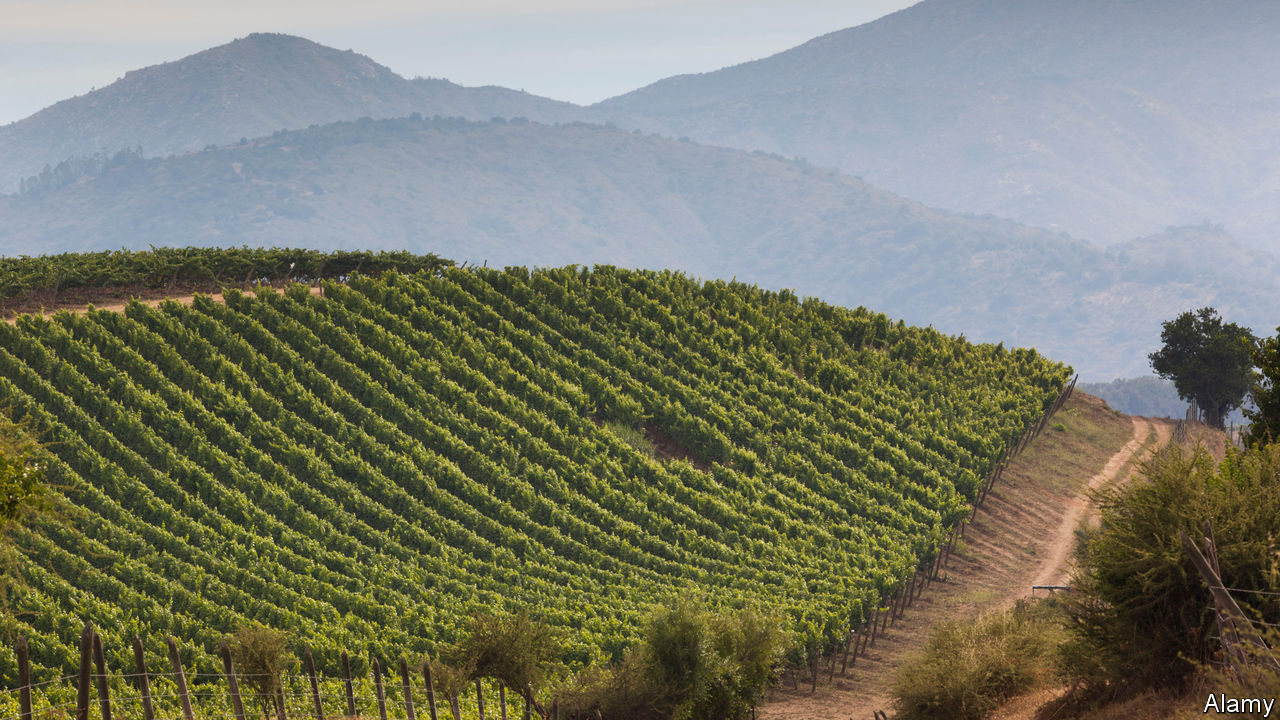 IN THIRTY YEARS Chile’s wine industry has gone from backwater to global powerhouse. Its vineyards are blessed with few pests, warm summers and low costs. That has helped it become the world’s largest non-European wine exporter by volume. Now it is taking China by storm; only Australia and France send more wine there.

The absence of tariffs helps. Since Chile signed a trade deal with China in 2006, the value of its wine exports to that country has rocketed from $5m to $250m in 2019. Another factor is Chile’s ability to make wine that is specially branded and packaged for the Chinese market, known in the trade as “private-label” wine. This requires not only good plonk, but also impeccable labelling and bottling: the drink is often given as a gift, so it has to look impressive. Chilean wine sent to China fetches an average of $33.11 a case, a price that includes all costs up to loading it onto a ship, compared with $27.42 for wine sent to the United States.

“The key to success in China is to understand the market and…cultural context,” says Nathalie Malbrán, who oversees Asia for Viña Futaleufú, a winery that specialises in private labelling. Founded in 2012, it now leads Chile’s wine exports to China, ahead of dominant brands Concha y Toro and Montes. China’s size and diversity mean there is no common pattern for bottles and labels. “It is essential to be flexible,” says Ms Malbrán.

This business model has fostered a flourishing label-design sector in Chile to cater for China’s changing requirements. It is a huge challenge, says Carlos Scheuch of Colorama, a label-maker, not least because the labels must withstand rough weather and extreme temperatures on the month-long journey across the Pacific to China, then overland to the retailers.

“The label designs are spectacular,” he says. They involve different textures, unusual shapes and advanced printing techniques such as embossing, silk-screen printing and coloured metallic foils. Gold and silver are favoured colours. Whereas chateaux often appear on French bottles, Chilean private-label ones favour landscapes, animals, birds and images that emphasise their Chilean character. Designs are rarely repeated, so printers have adjusted to one-off print-runs. “Eighty per cent are printed only once and never again,” says Mr Scheuch.

The wine’s name is noticed as much as the design. The ideal is to retain some meaning when transliterated or written phonetically in Chinese, says Jaime Muñoz, who founded Antawara Wines in 2006 to enter the Chinese market. The transliteration may be Chinese for an auspicious number or a hopeful omen, he says.

Viña Futaleufú, for instance, trades in Asia under the simpler name Anun Wines. The two Chinese characters for Anun (an and neng), which means “putting down roots” in Mapudungun, the language of Chile’s Mapuche people, can be interpreted as “safe” and “capable”. Anun also markets a brand called Ahu, a ceremonial platform for the moai stone carvings on Rapa Nui (Easter Island), a Chilean territory. A gold moai head stands out on the black label.

Six out of Chile’s top ten wine exporters to China use private labels, says Ms Malbrán. This is paying off. In 2016 China became Chile’s main wine destination by value, though in 2020 it slipped behind Brazil and Britain by volume after covid-19 left stocks languishing in Chinese warehouses. Chile’s industry insiders reckon that time, and vaccines, will restore the Asian giant to its perch. ■