from the on-line PowerPost feature by James Hohman, 21 February 2017. There is a separate version of this text, linking to five questions about how McMaster will likely relate to Trump and the inner core of the White House, on page A15 of the print edition of the Washington Post, 23 February. 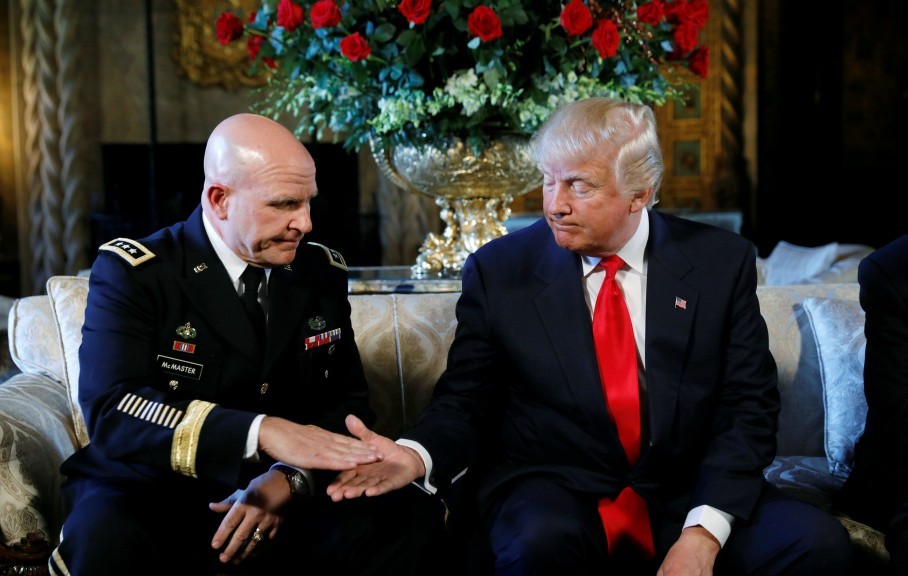 — H.R. McMaster, whom Trump named yesterday as his new national security adviser, understands how corrosive even half-truths can become. After graduating from West Point and fighting with distinction in Desert Storm, he went to the University of North Carolina to earn a doctorate in history. Using declassified documents and interviews to trace the origins of the quagmire in Vietnam, McMaster became convinced that the generals of that time caved to political pressure and supported a war strategy they knew could never prevail. He turned his dissertation into a book called “Dereliction of Duty,” which came out in 1997, when he was a major.

It has developed a cult following among young officers, and it merits a closer study as he takes on one of the most important jobs in the government.

McMaster’s narrative focused on a handful of key decisions that were made from 1963 to 1965. “The war in Vietnam was not lost in the field,” he concluded. “It was lost in Washington, D.C., even before Americans … realized the country was at war. … The disaster in Vietnam was not the result of impersonal forces but a uniquely human failure, the responsibility for which was shared by President [Lyndon] Johnson and his principal military and civilian advisers. The failings were many and reinforcing: arrogance, weakness, lying in the pursuit of self-interest, and, above all, the abdication of responsibility to the American people.” 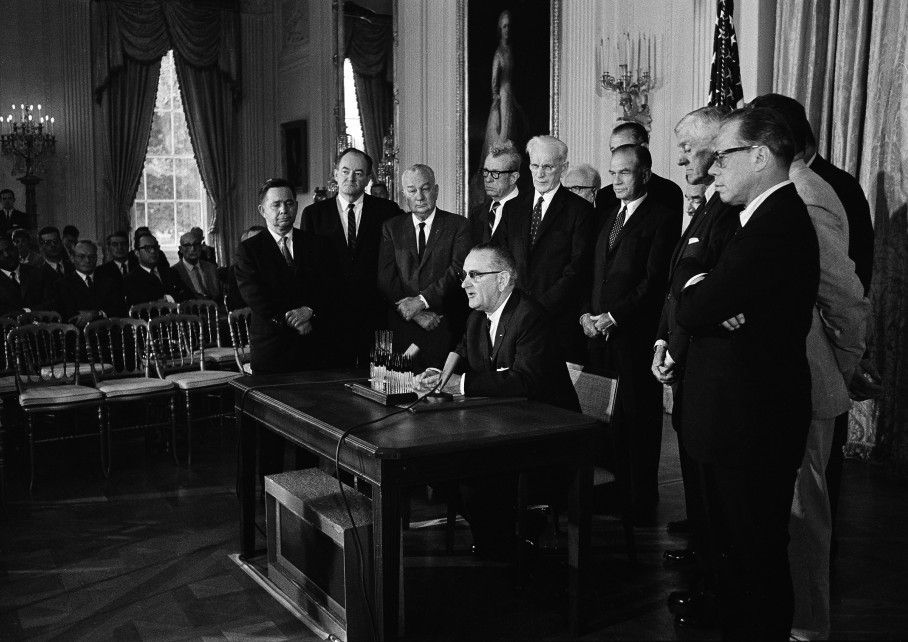 On Aug. 10, 1964, President Lyndon Johnson speaks in the East Room as leaders of Congress stand by his desk for a ceremonial signing of the Gulf of Tonkin Resolution. (John Rous/AP File)

Johnson was focused on winning a full term in 1964 and didn’t want to do anything that would jeopardize his chances. After beating Barry Goldwater in a landslide, he feared that a public debate about Vietnam would undermine his Great Society agenda at home. “The president and the secretary of defense deliberately obscured the nature of decisions made and left undefined the limits that they envisioned on the use of force,” McMaster argued.

The book lamented that “the president’s fixation of short-term political goals” prevented the administration from dealing adequately with the complexities of the situation. “LBJ’s advisory system was structured to achieve consensus and to prevent leaks,” he wrote. “Profoundly insecure and distrustful of anyone but his closest civilian advisers, the president viewed [the Joint Chiefs of Staff] with suspicion. When the situation in Vietnam seemed to demand military action, Johnson did not turn to his military advisers to determine how to solve the problem. He turned instead to his civilian advisers to determine how to postpone a decision.”

McMaster portrays Robert McNamara, a former president of the Ford Motor Company who had become secretary of defense, as foolish. He said that he viewed Vietnam “as another business management problem” and “forged ahead oblivious to the human and psychological complexities of war.” “McNamara and his assistants in the Department of Defense were arrogant,” McMaster wrote. “They disparaged military advice because they thought that their intelligence and analytical methods could compensate for their lack of military experience and education. Indeed military experience seemed to them a liability because military officers took too narrow a view and based their advice on antiquated notions of war.” 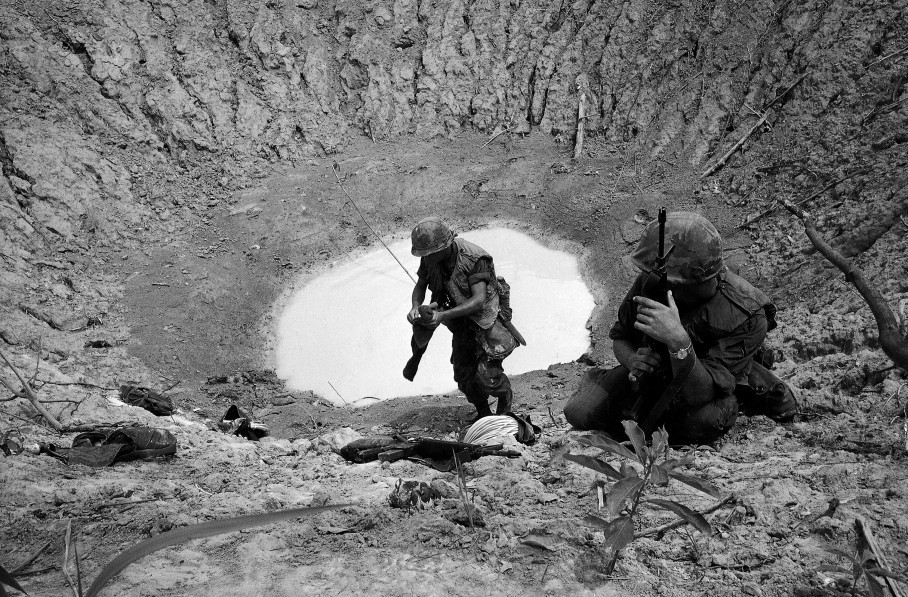 The man in charge on the ground in Vietnam also comes across as far too pliant: Gen. William “Westmoreland’s ‘strategy’ of attrition in South Vietnam was, in essence, the absence of a strategy. The result was military activity (bombing North Vietnam and killing the enemy in South Vietnam) that did not aim to achieve a clearly defined objective,” he argues.

His book goes deep in the weeds on process. McMaster, two decades ago, described National Security Council meetings under Johnson as “pro forma affairs in which the president endeavored to build consensus for decisions already made.” Johnson, in fact, made many of his most fateful choices at Tuesday lunch meetings with three of his civilian advisers. The military brass weren’t invited, which led to communication problems. 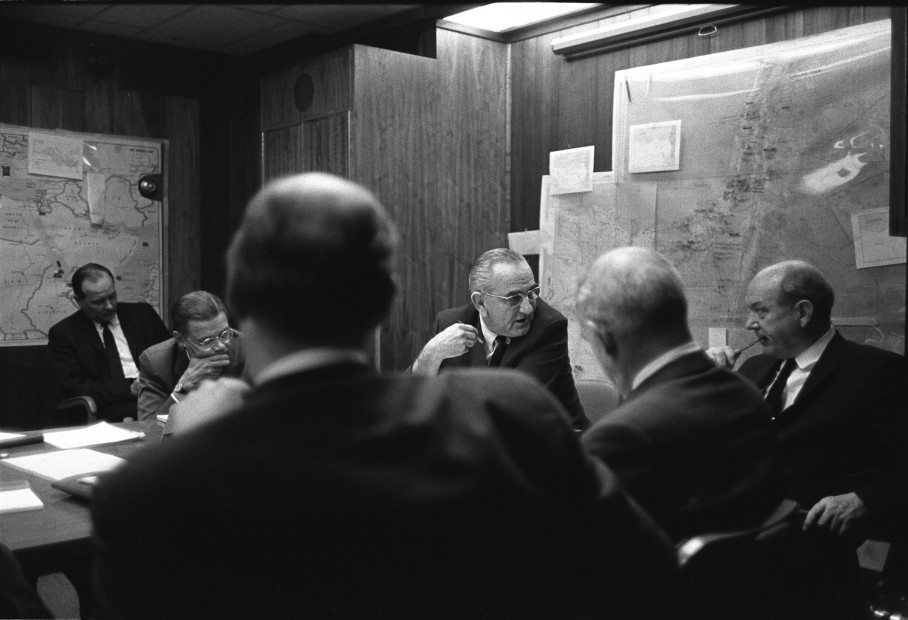 In the Situation Room in 1967, Lyndon Johnson met with Robert McNamara and Dean Rusk. (File)

McMaster referred to the Joint Chiefs during Vietnam as “the five silent men” because they did not challenge the president or alert congressional leaders when Johnson was not being forthcoming about what the escalation in Southeast Asia would actually entail. The chiefs recognized that the Johnson approach was fundamentally flawed, but then they failed to effectively articulate their objections or alternatives. Part of the problem was rivalry between the branches, McMaster explained. The admiral in charge of the Navy used his leverage with the White House to make sure his service retained control of Pacific Command, for example.

A watershed moment came in July 1965. McMaster documented how Johnson had misrepresented the mission of U.S. forces, understated the number of troops that the military had requested and misled Congress about the cost of actions that had already been approved. “The president was lying, and he expected the Chiefs to lie as well or, at least, to withhold the whole truth,” McMaster wrote. “Although the president should not have placed the Chiefs in that position, the flag officers should not have tolerated it when he had.” But tolerate it they did. (You can download the full book on Amazon for $3.)

— McMaster, now 54 and a three-star general, is wading into a very messy situation. He was not Trump’s first choice to replace Michael Flynn. Retired Navy Vice Adm. Robert Harward turned down the president last week.

What he has going for him is that he’s widely respected as smart, intense and fiercely outspoken. John Wagner, Missy Ryan and Greg Jaffe sketch out some biographical details:

Want to know more about what McMaster achieved in Tal Afar? Read the excellent pieces from 2006 by Tom Ricks in The Post and George Packer in the New Yorker.